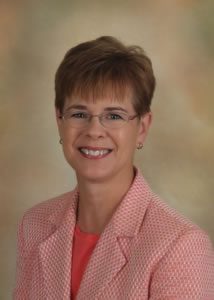 Michelle earned her law degree, with distinction, from the University of Oklahoma College of Law in 1992. She spent her first 7 years practicing law in Amarillo, Texas, with the law firms of Mullin Hoard & Brown and Gibson Ochsner & Adkins. In 1994 her practice shifted from federal litigation to estate planning and probate because of her desire to help people in a positive way.

In 1999, Michelle and her family returned to the Oklahoma City area. After some time off to spend with her young children, she returned to her law career in 2005 in the practice areas she loves most – estate planning, estate administration and probate. Prior to opening her own law office in Edmond, Oklahoma, on September 1, 2009, she practiced in the law firms of Christin Mugg Adkins & Associates PLLC and Craig Carter and Associates, P.C.

A graduate of John Marshall High School in Oklahoma City, Michelle earned her undergraduate degree in journalism from the University of Kansas. While there she competed on the cross country and track teams, qualifying all four years for national competitions and in 1980 for the Olympic Trials. She also was a member of the social sorority Kappa Kappa Gamma. In law school, Michelle was on the Dean’s Honor Roll, was a member of the American Indian Law Review, earned two academic awards and was a winner of the International Academy of Trial Lawyers Award in trial court competition.

Michelle’s husband, Lance, is a Senior Vice President and Manager of the Personal Trust Division at Bank of Oklahoma. They live in Edmond and have two children, Katelyn and Travis.